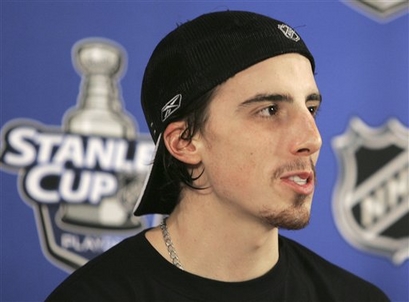 There has been lots of talk in Pittsburgh regarding whether or not Marc Andre Fluery should start in goal for the next round of the Stanley Cup playoffs.  Opponents will say that the team should ride the hot-hand of Matt Murray, who defeated Vezina Trophy winner Braden Holtby in the last round.  Murray has performed well above average and Fleury hasn’t seen game time action in several weeks. But does Marc Andre Fleury have a legal claim under the Family Medical Leave Act to his starting goaltender job?

This is bad blog writing, but no.  He doesn’t.

The Family Medical Leave Act protects workers in mid-large organizations (defined as having over 50 employees) from being replaced for taking medical leave.  The FMLA dictates that all employers must continue benefits for injured workers and reinstate them to a similar position upon their return to work.

The Penguins have well over 50 employees, so they meet the threshold stated by the language in the law.  Under this stipulation the Penguins must provided FMLA benefits to all full-time employees.

The problem lies in the phrase “similar position.”  While not technically a “starting goalie”, after Fleury recovered from his concussion he was reinstated to a goalie on the Penguins team.  He is making the same salary as before he left and is entitled to the same benefits.

So no, there is no legal remedy that will make Head Coach Mike Sullivan put him in goal to start the Eastern Conference Finals.

This blog entry was pretty much useless.  But hey!  You clicked on it, right!