This week just in terms of American History was completely insane.  You have the Supreme Court making two monumental decisions that really show that America’s appetite for positive progressive change is yet to be satiated.  Really good stuff there that a lot of people were understandably excited about.

But in more micro terms, this Friday was probably one of the most satisfying nights of comedy I’ve had in a long time.  I performed three times at three separate locations as part of the 102.5 WDVE Comedy Festival. 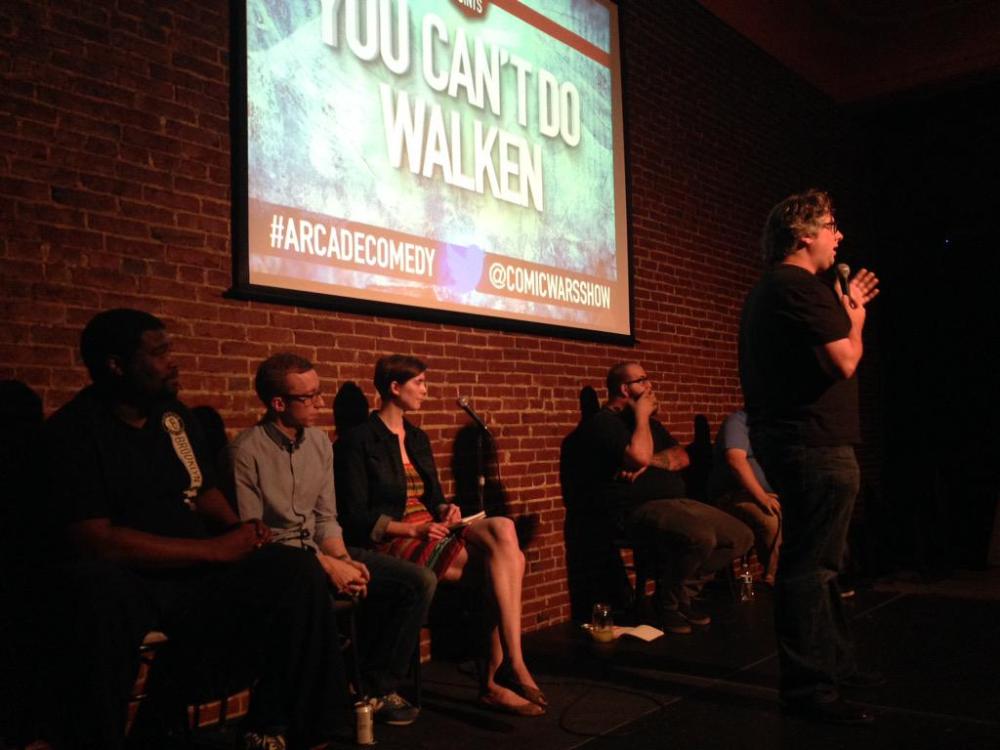 First up was Comic Wars at the Arcade Comedy Theater.  This is basically a team game where Stand-Up comedians competed against each other in different challenges.  My teammates where Molly Sharrow and Norlex Belma.  We compete against John Dick Winters, Sean Collier, and Derek Minto.  My team started strong but we made a few key errors that gave the other team the decision.  This show was a great way to start off the night because it’s both low pressure and highly engaging.

Then Sean Collier and I Uber’d over to the Rex Theater for our show at the WDVE Second Stage where we’d be performing with Joe Bartnick and Paul Virzi.

This show was OK.  Butts were in seats.  However, as an entertainer, I always get a little nervous when most of the crowd is suppressing yawns before the show even begins.  Ten at night is a difficult time to start a show on Friday.  Most people have been up since six in the morning and they’ve been casually drinking since six at night.  If anyone is like me, this is a recipe for a ten o’clock sleepytime.  However, after a bit of an uphill battle the show turned around.  Mike Travers was able to get the crowd going with a few songs.  I didn’t get a lot of huge laughs but I did get three applause breaks for some reason.    Paul Virzi and Joe Bartnick were both insanely nice guys and really funny.

As Joe Bartnick was wrapping up the show, Bill Crawford, Randy Baumann and SNL’s Michael Che walked in fresh from the Byham Theater.  Pretty much the goal of my week was to meet Michael Che.  I’m a huge Weekend Update fan and am desperately trying to get on some sort of freelance joke writing list for SNL.  The Rex Show closed and we all headed over to the Club Cafe, the last venue of the evening.  The Southside was pulsating with humans that night and I remembered why I stopped going down there.

I was not on the final show, but as soon as I walked in the door, Dom Shuck, the increasingly ubiquitous sound engineer, pointed to a list of comedians that had my name on it.  “You’re up next.”

Some audience members had come over from the Rex show with us.  I didn’t want to do the same set but this crowd was hot (drunker, younger).  So I switched up some things and essentially did a new seven minute set.

I got off stage and walked right outside to hang with some local guys.  Someone mentioned that Virsi, Bartnick and Che were over at a bar call Jack’s which is literally connected to Club Cafe.  I went over there and told all three that we were doing more sets and they could get some time if they wanted.  All three were down for it and we rolled back into Club Cafe around 1:20 in the morning. 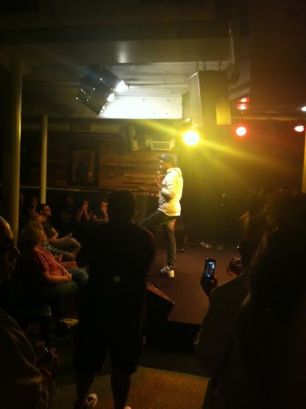 The bar owner was getting nervous because it was getting close to closing time and the show didn’t seem to be wrapping up.  Around 1:45, Ralphie May, fresh off of two marathon sets at the Pittsburgh Improv rolled in with a mini-entourage.  People were begging him to do a set.  He just said, “It’s 2:00 AM and I’ve just spent the last 6 hours telling jokes.  That’s enough jokes for tonight.”

At 2:00 we all spilled into the streets to high-five each other about how awesome we all were.

It was an incredible Friday night which led to a horrific Saturday morning.  But it was totally worth it.

Thanks to Bill, Randy, the Arcade, the Rex, Club Cafe and all the comics who made that night possible.

Is this my home now?
Little green beds
and flat reds
laying perpendicular to the carpets
and parallel to the water well?

I don’t understand.
The sunlight spreads
in oranges
passing by the windowpanes
waiting until the wicker fades.

If I’m wrong, then I’m wrong.
But these separate green beds
(as I’ve said and said and said)
would stand out in the shadows
of that corner there
like little clips of grass
spread out against a blacktop.

He had never seen Vince out of control.  Normally he was so poised, so confident, arrogant even.  But now his entire body was shaking.  Tremors rattled the large man’s broad shoulders.  His coifed hair was frayed mussed.  Little sparkles of sweat glinted of the owner’s forehead.

“You…you can’t say anything,” Vince exclaimed as he wiped the blood from his face with his fingers.  He removed a silk handkerchief from his front pocket.  He wrapped his jittering hand in the cloth and mopped his brow again.  The combination of fear heavy breathing made for an odd smell.  Sheamus stood back and surveyed the scene.  Vince hadn’t meant to kill her, that much was clear.  But McMahons, usually a masterful planners by nature, were known for fits of passionate outbursts.  Sheamus peered out of the Penthouse window on to the Vegas Strip.  The Bellagio Fountain show would be starting any time now.  There were people congregating.

The large Irishman snapped out of his trance, returning his attention to the situation at hand.  All he had wanted was a sit down with his boss to discuss career options.  He had never expected this.

Sheamus looked at this man who possessed his entire livelihood in his hands.  Twelve minutes ago, Vincent K. McMahon could have squashed his career and dashed his dreams.  But wrestling had taught him that there was always an angle.  Always a move to get leverage on an adversary.  He took a deep breathe and reminded himself that success only comes to the bold.  Sheamus let a smirk come over his face and he casually shrugged his shoulders.

“You bastard,” Vince whispered.  “Ok.  What will it take?  How much money is your silence worth?”

Sheamus looked out again and the fountains were dancing.  “I never got in this business for the money.  I got in it for the show.  And from now on, no matter how much I suck, no matter how uncreative I am in the ring, no matter how much the crowd boos, you have to put me on top.  Always.  I want you to force-feed me to the audience until they thing I’m part of a balanced breakfast.  D’you hear me FELLA?”

Vince gulped.  He took one look at the bulky red-headed wrestler and another look back at the girl.

There are so many types of weddings that navigating the social landmines of gift giving can be difficult.  Here is a quick guide to show you what you should spend in certain nuptial scenarios from most money to least.

*Fifty bucks should be cool, right?