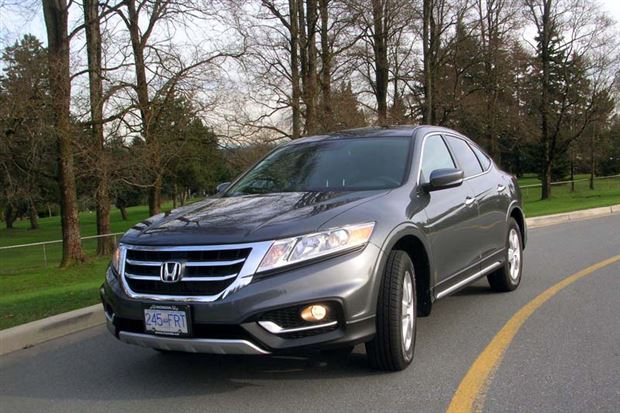 Hi there.  Would it be possible if I could sneak in there?  I’m kind of stuck in the right lane and I really need to be in the left.  I’m heading for the on-ramp and if I miss it, it’s going to really set me back.  Probably looking at like a 5 minute detour.  So I’m just wondering if you’d let me in?

Sooo…is that a no?  You kind of sped up there almost as if you weren’t going to let me in.  I don’t really see what the big deal is.  It’s not like if you’re going to be inconvenienced.  Are you in a hurry?  I can understand if you are but I really don’t think letting me in right here will be a big deal for you.  It might add, what, thirty seconds to your commute?  It’s going to add like five to ten minutes to mine if I can’t get off on the off ramp.  If you can find it in your heart, just go ahead and let me stick my nose in there and we can both be on our way.

You’re not even going to make eye contact with me, huh?  Just going to stare ahead at the back of that flatbed truck like the sheets of drywall on it are really interesting to you.  I’m motioning to you.  I’m pointing at me then pointing to the small space in front of your car.  I’m asking politely.  I’m getting desperate.  And desperate times call for desperate measures.

Yeah, that was my horn.  I gave you a little honk there.  Did that get your attention?  Do you want another one?  Cause I’ll give you another one.  The exit is seriously coming up right now.  You better shape up and give me some space to merge or I’m going to give you another honk.  But this time it won’t be just a little short burst.  Oh no!  This is going to be a full blown honking!  No tip-toeing around on this one.  You’re going to get it hard.  And you know what comes after that…the finger!  That’s right, the middle finger.  Now I don’t want that to happen but it seems you’re going to leave me no choice.

Well, I’m coming in anyway.  Honda has great safety ratings so I’m no worried about myself.  I have insurance.  There are enough witnesses at this point that I’m sure would corroborate my story in a court of law.  People will definitely be on my side on this one.  They probably see a reasonable man in a Crosstour really trying his hardest to make a legal merge and some jerk wad in a – what is that anyway? –  a Pontiac Solstice?  Yeah it’s a really sporty car…if you’re a 45 year old divorcee!  What kind of man drives a Solstice?  Definitely not one that’s concerned with trunk space, which my car has PLEN-TY of, I might add.  And you might not think it, but chicks dig a guy with a practical concern for side-impact crash test ratings.  So I’ve got my bases covered. Can’t really say the same for you though.

Why are you braking?  Don’t want to feel the wrath, huh?

I know everyone is talking about David Letterman retiring and extolling the virtues of the Indiana native’s contribution to comedy.  There is nothing wrong with that.  He is/was awesome. There is something wrong however, with everyone’s compulsion to simultaneously talk smack on Leno like he wasn’t a big deal or worse yet, a piece of garbage hack with no redeeming value.

No actually he was.  Jay Leno is widely regarded as one of the best stand-up comedians to come out of the 70’s.  Even Letterman himself admitted this.  “There seemed to be, by the time I went to California, this explosion of comedy.  Like Jay Leno, the best ever that I had seen on stage.”

The main criticism of Jay was that he played it safe.  In his early appearances on Letterman’s tonight show, Jay was seen as frenetic and agitated which is something that a lot of people found hilarious.  On the Tonight Show, Jay’s jokes were tame and sanguine.  However, when you’re handed the keys to a Lamborghini (aka the Tonight Show) you don’t go doing donuts in the parking lot of an abandoned JC Penny.  He had a responsibility to the company and to the legacy to make the show as appealing as possible.  And how do you do that?  You play to the middle.

I don’t understand how appealing to a broad audience is seen as a negative.  I think finding things that everyone thinks is funny is ten times harder than finding esoteric jokes that an audience of like-minded individuals enjoy.

2) “He stole the Tonight Show from Conan.”

Let’s not forget who put the wheels in motion on the whole Late Night debacle.  Conan O’Brien had been pining for the Tonight Show host spot for years.  He was starting to get a little antsy around 2003.  That’s when Fox came to him and offered him a ridiculous amount of money to come be their flagship late night host.  But Conan forced NBC’s hand with that offer.  “I’d like the Tonight Show soon or I’ll see you a few channels down.”  Despite Jay Leno still being number one in the ratings they made the move to oust Jay and promise the job to Conan.  This would be like if the Patriots benched Tom Brady because they felt that a backup QB had a lot of potential and didn’t want to lose him in free agency to the Jets.  It ended badly for everyone involved, but it the catastrophe wasn’t set in motion by Jay.

There’s a famous story about how Jay Leno hid in a closet while NBC execs were in the room discussing Johnny Carson’s departure.  Jay supposedly used that information to change his approach and ultimately land the Tonight Show.  Please tell me with a straight face that what Jay Leno did was the most underhanded thing in showbiz history.

3) “He had no artistic integrity.”

What more do you want from the guy?  He was number one in the ratings consistently until his departure.  The show was also nominated for Emmy’s 10 times during his tenure. Leno won the Mark Twain Prize for American Humor just last year, joining past winners like Will Ferrell, Jonathan Winters, Tina Fey and Richard Pryor.   So not only did normal tv-watching people apparently like him, the people in charge of gauging Television’s excellence also felt the same way.

So just chill on Leno.  I’m a Conan guy at heart, but the dude isn’t as horrible as people are making him out to be.

Ed. Note – Corey Schwepp is a contributor to this website.  He has been a trusted resource for navigating parenthood.

Being a new dad can be difficult. Your main role in this new family dynamic is to support the woman bearing your child.  Here are some tips on how to keep your wife happy during her pregnancy:

– Volunteer to get the groceries, do the laundry, etc.  Even if it’s just cooking a simple meal, every little bit helps!

– Make time to listen.  As a partner, you need to be there so she can vent about her fears and frustrations of the gigantic change that will be coming soon.


– Compliment constantly.  Her body is going through tremendous changes.  Remember to tell her that every part of her is beautiful.  Especially her feet.

– Muscles get sore during pregnancy.  Especially feet muscles.  Did you know the foot alone has over 37 muscles?  Give her a nice long foot rub when she gets home from work or in the middle of the night.

– Time is going to fly by so take pictures of her feet now when her ankles are at their peak circumference.  You’ll be able to look back on those photos one day and really enjoy them.

– Babies can be expensive.  Start a side business to bring in some extra revenue.  Maybe start a website where people can post pictures of their wives feet in high heeled shoes or strappy sandals or just standing in a puddle of water or something. Believe me…there is a market for that type of thing.

– Your love life will change in unexpected ways.  Try something new!  You’ll never know what might tickle your fancy.

6) Tragladamorfian Timbersnips – The Tragladamorfians are of course known for being a race of sentient plants.  The Timbersnips were invented initially to be used by the male version of the species to prune themselves in gender-specific areas where overgrowth might occur.  Well someone got the bright idea to use them on me one weekend and they definitely smart.

5) Neural Spacer – It’s sort of a gun that shoots Alzheimer’s at you.  Not terrible because you forget most of what happened but the worst is that you can actually feel the memories being torn from your brain.  Then they stuff them back in…hard.

4) King Trispon’s Flamesnap – King Tripson’s reputation was that he was the cool dictator of the Keywork, a network of planets held together by a strange energy field.  I thought he was pretty cool too.  That is until he shut the door to the Chamber of Shadows and ignited his Flamesnap.  How do I describe it?  Well, it’s basically a ball of molten lead attached to a vibrating razor wire.  He walloped me a few times and all of the sudden he didn’t seem so cool anymore.

2) Cognitive Behavioral Therapy – This almost made it to number one.  People on Earth make you sit down and talk about past insecurities and embarrassments, rehashing deeply buried wounds over and over again until they’ve grown numb on the inside.  It’s insanely masochistic.  They pay a detached and unflinching person to ask them hurtful questions that open up memories of pain and anguish and confusion.  I’ll take the neural spacer over this any day.