Brentwood, MO –  Black Friday shoppers shoved their way into retail establishments all over the United States early today.  Many were out bargain hunting; others just wanted to get the best deals.  All this was being done of course under the austere of having a Merry Christmas.  But for the hundreds of people at the Wal-mart in the Lakemont Shopping Plaza, things were not so merry.

“I had lined up around ten o’clock at night so I could save four dollars on a flat screen TV,” says Marion Pell of Chesterfield.  “And people were going nuts!  I saw people pushing each other, cussing at each other, and this one guy really lost it.”

Around nine thirty in the morning an unidentified man in his early thirties appeared at the Wal-Mart dressed in a white robe.  Eyewitness reports say that he immediately became furious at the frenzy that was taking place.

“I mean the dude lost his marbles,” explains Jacob Miller of Brentwood.  “First of all, he just kind of popped up out of nowhere.  Then he takes a look around and then his eyes start watering up, like he just watched Extreme Home Makeover or something.”

According to police reports and the Wal-Mart’s own Closed-Circuit Television system, the man became enraged, perhaps overcome by the unbelievable savings.  He leapt behind several cash registers and began to overturn them.

Several customers became irate at the man disrupting their Christmas shopping and attempted to restrain him.  The man began to strike customers violently, landing vicious jabs and kicks.  At least four people needed to be taken to the hospital.

Miller believes the man was mentally ill.  “It wasn’t even like he was after any merchandise.  He didn’t have any shopping bags or nothing.  He just kept screaming, ‘I’ve had it with you f—-ing people!’ and ‘I died for this?’  He needed some serious Christmas Spirit, that’s all I’ll say.”

The man was able to escape before store security or local police were able to arrive and remains at large.  Citizens are warned to be on the lookout for the unidentified man as he is obviously unstable and potentially dangerous.  Police say to be on the lookout for a Middle Eastern man in his late thirties, heavy beard, dark long hair, wearing sandals and some type of robe or shroud. 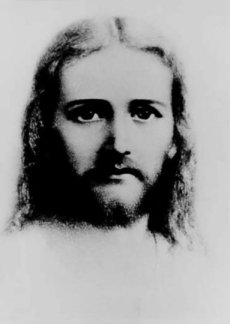 I hope this letter finds you well.  The last we spoke your peasants had become a bit of a nuisance, if I remember correctly.  Something about the taxes you levied on wheat or some such nonsense.  Anyhow, I hope you have quelled any seditious activity that may have upset your quaint operation.  I’ve always told you that the people of Boise, ID would never accept serfdom in 2011.  Polygamy, yes.  Execution, yes.  Dog-marriage, soon possibly.  Indentured servitude, certainly not.  But you went ahead and did it anyway.

Things are wonderful here in Sheridan, WY.  My roommate Smitty and I have recently moved apartments and are now residing in a beautiful 60,000 sq. ft. abandoned library.  If you recall, this particular library is the one where most of patients from the Hempstead Elderly Home died during a routine book-rental-trip-turned-cult-massacre in 2002.  All of the news outlets had the story if you recall.  The library is presently quite haunted.  The silver lining is that we’ve been able to stay here rent free with only minimal disturbances from the local police and some insufferably pretentious raccoons.  They think they know everything about everything.

END_OF_DOCUMENT_TOKEN_TO_BE_REPLACED

(Detroit, MI) – 3.4 oz or less.  That was the amount of liquid allowed in containers by Transportation Security Administration since 2006.  Until recently, it was thought that the TSA was acting with the safety of airline passengers in mind.  The agency originally cited a 2006 incident where a network of terrorists planned to use liquid explosives to bomb trans-Atlantic flights.  However, new information from watchdog group Bender-Plank suggests that the TSA’s motives were not so altruistic.

“Our investigation found that the TSA has significant financial ties to the hotel industry,” says Bert Katchum, lead analyst for Bender-Plank.  “It’s not about safety with them.  It’s all about shampoo.”

Katchum asserts that the nation’s largest hotel chains; Hilton, Marriot, Hyatt, Starwood and Best Western; came together to influence policy-makers so that they would save money on shampoo, conditioner and body lotion.

“Before 2006 people used to take home those little shampoo bottles in hotel showers,” says Katchum, whose background includes a Forensic Auditing degree from Arizona State.  “If you went into you’re grandma’s upstairs closet you no doubt found hundreds of them.  Well the hotel chains saw those bottles as lost revenue.”

The Bender-Plank researchers uncovered a confidential industry white paper commissioned by the Marriot Corporation that specifically outlined a plan to lobby Congressional leaders to ban liquid containers from air travel.

My girlfriend has just informed me that this article is completely factually inaccurate and therefore unfunny.  Apparently the shampoo that one used to get at hotels was always under 3.4 oz.

Let’s be honest…she did you a favor.  This wasn’t really going anywhere.

Recently, I did a podcast with young, up-start, placerbic (not a word) comic named Zach Simons.  Zach is relatively new to the comedy circuit but he’s as authentic as they come.  Truly a student of stand-up comedy, his podcast titled “Writing on the Floor”  is an homage to the spontaneity of the creation of a joke.  In this episode we talk about the writing process, crowd work, and hypocrisy in criticism.

If there’s one thing you need a little bit more of, it’s me talking for an hour about myself.

The drink cart wheels creek as they roll down the aisle.
The cabin shakes and I crank up my death denial.

These planes are well made, to myself I say.
Then the wobble of wings cause me mild dismay.

The captain clicks on, “Sorry for the bumps.
We’re stopping drink service for now.
Stewardess, I say, put your drink cart away.
And thirsty folks, don’t have a cow.”

The stewardess abides but one final client
Is parched on the bouncing airplane.
“I’ll just get you dear, then I’ve got to steer clear.
This rumbling’s caused by the rain.”

The wings lurch forward and let out a groan.
The woman thinks then decrees,
“What would hit the spot, only if piping hot
Is wonderful cup of Earl Grey tea.”

The stewardess looks in her shaking eyes for a joke
And seeing none there, she stares.
She pours boiling steam as if on a balance beam.
And whispers some scalding-hot prayers.

“Are you quite sure you want this?
It is awfully hot,” the flight attendant puffed up.
“Yes, Yes.  I know,” says this jumping Jane Doe.
And reaches for the tipsy Styrofoam cup.

For the next 15 minutes, she tries a tremulous drink
And each time her lips touch, the wind hits the plane out of sync.

This dipstick feels the cold on her tounge
and Turbulent Iced Tea her beverage has become.